The joy of libraries and my Czech mate Czerny 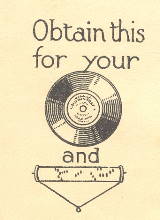 It’s not often that I get goosebumps sitting in a library, but I came pretty near to it yesterday on a trip to the University of London Library. I have been looking for months for the Czerny piano studies on which Riisager’s ballet Etudes was based. I had traced about half of them, but some – in particular those that I like most – I simply could not find. Having trawled through all the online, digitized scores, I kept coming across the same old books over and over again (the School of Velocity). Then I spent a day walking round London’s music shops – the same story.

My last hope (and I’d nearly given up) was a library, and Senate House appeared to have some Czerny I hadn’t heard of on the stacks. Possibly one of the nicest people ever to sit behind a stack service desk fetched me four enormous volumes of Czerny from somewhere in the bowels of Malet Street.

And there they were, those elusive etudes, in a set of books that from their good condition appeared not to have been opened since 1838 when they were published. This was a different Czerny to the one I knew from being a piano student, and it was suddenly easy to see how Riisager got the inspiration for Etudes. Dance permeates these studies to the extent that you’d think Czerny must have done the 19th century equivalent of clubbing every night and come home so loved-up and buzzing that he just had to write exercises the way other people put on their favourite trance album. Saint-Saëns did him an enormous disservice by caricaturing him in Carnival of the Animals with the exercises in thirds. He might have been born in Austria, and associated with Beethoven, but he was Czech – his father came from Nymburk in Bohemia, which explains a lot about the good-naturedness of his music. It also explains why there’s a Czerny Piano competition in Prague.

Think about it – these books are 166 years old, and still in perfect condition. It took less than 5 minutes to get them from the stack shelves, and probably about half an hour to flick through about 1500 pages to find what I wanted. By conrast, I have already lost innumerable music files that I created using version 1 of Logic on my Atari only 12 years ago, and even with broadband, you can’t ‘flick’ through a digitized score.

All of which reminds me of an article I read in July this year by Bruce Stirling of Wired Magazine. He wrote a piece in the Daily Telegraph called Delete Our Cultural Heritage?. His point is that the world is suffering ‘a silent phenomenon of “digital decay”‘; whereas books last centuries, the rapid obsolescence of computers and electronic storage methods means that things that we created only 10 years ago may be irretrievable unless they have been printed out, filed and catalogued – and as Stirling says, can you be bothered? It’s not until you come across an endangered species such as the Czerny pieces, that you realise that future generations may have less to remind them of the 20th century than they do of the 19th.

IT advice no-one ever listens to