This is day 6 in my Dance Inspirations Advent Calendar (II) 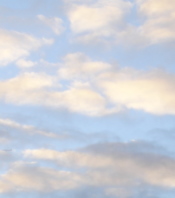 It’s a wonderful feeling when you play something for class that you think is a bit obscure or only you would like, and it meets with instant recognition and approval, because dancers know it better than you do, or from a different context. I especially love it when teachers momentarily go off at a tangent because they like the music for an exercise too much to ignore it. David Wall does this every time I play a bit of Les Biches for class at ENB, even to the point of stopping to ask the dancers where the music comes from and who it’s by. It never ceases to amaze me that this kind of on-the-fly music appreciation and education goes on a lot more in companies than it does in ‘dance education’ but that’s another story.

I have Michael Ho to thank for introducing me to Poulenc’s wonderful score: my first job in dance was at the RAD in 1986, and that’s where I met a lot of people on the PDTC (as it was then) course that I still know today. One of them was Michael, who was moving and wanted to sell a lot of his record collection.

I can’t remember how much I paid, but it was a bargain, and although I didn’t realise it at the time, the other real bargain was the musical education Michael’s collection gave me, for it was a fantastic assortment of the very best music associated with dance. One of the records was a double album of music from the Ballets Russes, including Poulenc’s Les Biches. I fell in love with this music instantly, and went to Zwemmers music shop in Lichfield Street to order the score – I bought nearly every ballet score I owned in that shop, and it’s tragic that it’s gone. It cost me £20 which was a fortune, but it was worth every penny, and I don’t think there’s another score that’s given me quite such satisfaction to play.