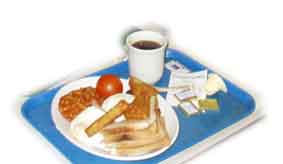 This rain-mate business (see below) is beginning to really bother me. How could something that helped define a generation just disappear, or rather, not appear at all on the net? Interesting that the web-searcher’s bible, the tutorial at Berkeley on finding things on the net, has been updated to include a recommendation to use Teoma as a ‘second opinion’ search enginge (after Google). As it happens, Teoma did bring up more relevant sites on the rain-mate than Google, including one which tells me that it was invented in 1950.

As with kazoos, please let me know (via comments) if your local shop sells rainmates. The next shoppoleth is the eyebath. Those included with Optrex products don’t count – it has to be an off-the-shelf, stand-alone eyebath.

8 thought on “Who makes rain-mates?”

Welcome to my site.

Apologies if things aren’t where you expect them to be for a while, I’ve just had to change the theme again because I found that YouTube videos were not embedding properly in the previous one.

Music, time and politics in the ballet studio